How to build a brand and not just a business.

You have a voice, use it. Case in point: #Endsarsnow is getting results

Bill Gates, Jeff Bezos, Warren Buffet, Uber, Kim Kardashian West, Joe Biden, Cash App and many other prominent accounts to share scam messages asking for Bitcoin and in return, you will get back double your money.

Obama’s account with more than 120 million followers is probably the worst hit with more followers than anyone on the list of affected people.

Twitter Support tweeted, “We are aware of a security incident impacting accounts on Twitter. We are investigating and taking steps to fix it. We will update everyone shortly.”

The company later added, “You may be unable to Tweet or reset your password while we review and address this incident.”

There are speculations the attack was spearheaded by individuals and could not have been a government or corporation since no real damage was caused apart from the request for Bitcoin.

Is this a security flaw in Twitter’s platform, or third-party scheduling apps?

It might be worth considering securing your passwords using LastPass, 1Password. All your passwords secure in one place. What happens when they get hacked? Ermm…. Don’t ask me 😂

The hashtag “#hacked” became the number one trend in the top of trends on Twitter. 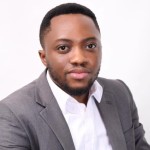