The Ellen Show to end? Or cancel culture just doing their thing?

by Yvonne Akomea
Could this be the end of “The Ellen Show?” Recently, Ellen DeGeneres who has used her show ‘The Ellen Show’ to tell amazing stories, showcase underground talents and give cash donations to people in need has come under fire for having a toxic work environment. Former employees accused top producers of the show of mistreatment,... Read More

BRANDING TO STAND OUT AND WIN! 5 STEPS TO CREATE A WINNING BRAND STRATEGY

Could this be the end of “The Ellen Show?”

Recently, Ellen DeGeneres who has used her show ‘The Ellen Show’ to tell amazing stories, showcase underground talents and give cash donations to people in need has come under fire for having a toxic work environment.

Former employees accused top producers of the show of mistreatment, sexual harassment, discrimination, and racism at the workplace. The show is currently being investigated by media giant, Warner Bros over allegations levelled against them. Warner Bro’s released a statement – “Though not all of the allegations were corroborated, we are disappointed that the primary findings of the investigation indicated some deficiencies related to the show’s day-to-day management. We have identified several staffing changes, along with appropriate measures to address the issues that have been raised.”

A Buzzfeed article by news reporter, Krystie Lee Yandoli who interviewed 10 past employees and a current employee asserted to the fact that the work environment on The Ellen show is anything but safe, fair and fun but rather toxic and racist. Stating that Ellen’s famous motto “Be kind” only happens when the cameras are on. It’s all a show, says a former employee.

That a brand built heavily on kindness and love would have all these going on behind the scenes raises a lot of concerns. Was it all a show?

Although Ellen is personally not responsible for these accusations, as the lead, she had to take the fall.

She has since issued an apology released in a memo to her staff. She said “On day one of our show, I told everyone in our first meeting that The Ellen DeGeneres Show would be a place of happiness – no one would ever raise their voice, and everyone would be treated with respect. Obviously, something changed, and I am disappointed to learn that this has not been the case. And for that, I am sorry. Anyone who knows me knows it’s the opposite of what I believe and what I hoped for our show. Read full apology here

Twitter cancel culture is ever ready to devour anybody who crosses their path. Users are demanding she is replaced as the show host.  #ReplaceEllen hashtag started trending on Twitter on Monday with people suggesting who the new host could be. The former first lady of the US Michelle Obama, Tiffany Hardish, RuPaul, and One Direction star, Harry Styles made the list. Some people shared their stories of their encounters with Ellen.

Cancel culture won’t win this one as the show is set to begin airing its 18th season next month. The show has been airing since September 2003 and will be celebrating 17 years this September. 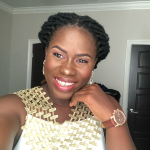 Apps not Ads
Previous Post
Is Oracle taking over Tiktok?